What is Subject Verb Agreement?

Subject- Verb Agreement is a grammatical rule that states that the verb must agree in number with its subject.

Subjects and verbs, whether they are singular or plural must agree with one another in number.

There are fifteen Subject-Verb Agreement Rules. 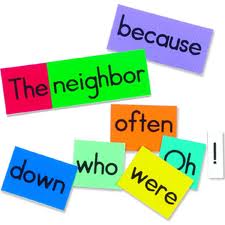 1. Two singular subjects connected by or or nor require a singular verb.

• My cousin or my brother is arriving by train tomorrow.
• The book or the diary is missing from the cupboard.


2. Two singular subjects connected by either /or or nether/nor require a
Singular verb.

• Neither Neena nor Seema is around.
• Either John or Jacob is helping in the garage today.


3. When I is one of the subjects connected with either/ or or neither/
Nor put it second and follow it with the singular verb am.

• Neither he nor I am going to the party.
• Either she or I will attend the meeting.

• The dish or the plates go on that shelf.
• The girl nor her friends play in the evening.

• Either Jenny or her friends are coming.
• Neither Arnold nor the boys were present.

6. Use a plural verb with two or more subjects when they are connected
by and.

• The door and the window were closed.
• The knife and the fork are on the table.


7. Sometimes the subject is separated from the verb by words such as
along ,with, as well besides. Ignore these when determining whether to use singular or plural verb.

• The leader along with his followers is expected today.
• Nervousness as well as tension is making her emotional.


8. The pronouns everyone, everybody anyone, anybody, someone,
Somebody require singular verbs.

• Everyone was present for the ceremony.
• Everybody in the class plays well.

• One-fourth of the people are unemployed.
• Eighty percent of the cake has disappeared.

• A number of children were missing from the class.
• The number of chefs in that restaurant is five.


11.When neither or either are subjects, they always take
singular verbs

• Neither of us is part of that group.
• Either of them is capable of delivering a public speech.


12. In sentences beginning with here or there, the subject follows the
Verb.

• There are four hurdles to jump.
• Here is a cake to sell.


13. Use a singular verb with sums of money or periods of time.

• Ten years is the minimum period of imprisonment.
• Two hundred rupees is too expensive for this toy.


14. The pronouns who, that and which become singular or plural according to the noun directly in front of them. So if the noun is singular use a singular verb & if the noun is plural use a plural verb. 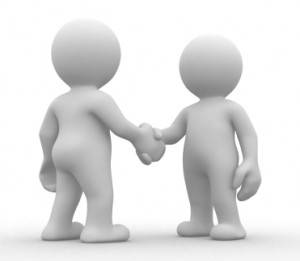 • Reema is the journalist who writes the reports.
• She is one of the women who know the work.


15. Collective nouns such as team and staff may be either singular or
plural depending on their use in the sentence.

• The staff members are always in disagreement.
• The team is now playing in Kanpur.