How to talk about the movie you watched recently? - eAge Tutor

How to talk about the movie you watched recently?

Movies are our favorite topic of discussion in our day to day conversations. While having such discussions, we use different words and phrases to describe it in a more colorful way so that the person can visualize and understand the movie. We are always excited to describe the movie which we have watched recently. Below are some vocabulary words and phrases that could be used when speaking about movies. 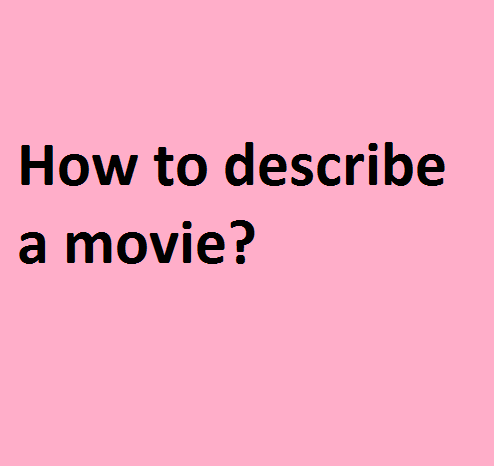 While giving a review of the movie

The following sentences may be used when giving an overview of the movie
Examples:

What a fantastic movie it was!
The special 3D effects used in the movie were eye-catching.
The story of the movie is awesome.
The movie was total laugh riot.

While describing different types of movie

The upcoming movie of Salman Khan is again an action movie.
The animated movie, Little Krishna, is very famous and favorite among children.
Thriller movie has an interesting and an exciting story as compared to  other movies.

1. Trailer: It is a short segment of movie published on a television as a kind of advertisement.
2. Teaser:It is a short segment of an actual trailer of a movie.
3. Sequel: A sequel is a  film that continues the story of, or expands upon, some earlier work.
4. Casting: The selection of actors or performers for the film.
5. Dubbed: It is nothing but a remake of a movie in another language other than its original language.
6. Cinematography: The art of camerawork and photography in a film.
7. Veteran: This is a person in the team who has had a long service experience in film making.
8. Cameo: A cameo is the brief appearance or voice of a person in the work of performing arts, typically unnamed or appearing as themselves.
9. Blockbuster movie: When a particular release gets a great commercial success, it is termed as a ‘Blockbuster Movie’.
10. Bombed movie: A particular film which does not get a commercial success, it is called as ‘Bombed movie’.

Hope the above explanation has provided vocabulary which can be used when discussing movies. For reading other related articles just browse through different categories present on our blog site and learn English in a more enjoyable way which will enhance your communication skills along with  knowledge.

eAgeTutor.com is the premier online tutoring provider. eAge's world-class faculty and ace communication experts from around the globe help you to improve English in an all-round manner. Assignments and tasks based on a well-researched content developed by subject matter and industry experts can certainly fetch the most desired results for improving spoken English skills. Overcoming limitations is just a click of mouse away in this age of effective and advance communication technology. For further information on online English speaking course or to experience the wonders of virtual classroom fix a demonstration session with our tutor.