English is a language with many tongue twisters and exotic words. The adaptability and convenience of joining different words in English make it easier for linguists, language scholars and scientists to coin large words that boggle the tongue and body. Like rare coins, these words are treasured by language aficionados and are seldom used. Their structure itself makes it impossible for daily use. However, every alphabet contains at least five words whose characters exceed seven letters.

Some longest words in English:

This monstrous word contains 189,819 letters and is believed that the full name takes around three and a half hours to pronounce. It is the chemical name for 'titin', the largest protein discovered. The main reason for the length is that it consists of chemical names and jargons, which themselves contain a large number of letters. An example is in DNA studies where it can clock up to billions of letters for naming DNA strands. No wonder there is a shortage of DNA experts!

This gigantic word was first coined in 1935 by Everett M Smith. It stands for a lung disease that is caused by increased exposure to silica dust. Prominent around volcanic active areas, this ailment can often be fatal.

Guess the meaning? You can take a cue from the word 'phobia' at the end, which means fear. They literally mean fear of large words. People who are intimidated and run at the sight of large words are afflicted with this fear. They tend to show the classic signs of nervousness even for slightly larger words.

Here are some interesting facts:

1. Uncopyrightable: It means the subject matter is not good enough to be copyrighted.

2. Dermatoglyphics: It denotes the study of fingerprints and toe prints.

Longest Word with all vowels in order:

1. Pancreaticoduodenostomy: It means the artificial opening of the pancreas into the duodenum.

Longest Word in Which All Letters Appear Twice:

1. Esophagographers: They are medical personnel who conduct visual representation of the esophagus.

1. Automysophobia: It means fear of getting dirty.

2. Boustrophedon: The ancient Greeks used it to code their letters. It means the practice of writing one line from left to right and the other from right to left.

3. Cholangiocholecystocholedochectomy: It is a medical process where the hepatic duct and gallbladder is surgically removed.

5. Quinquagenarian: This word is used to describe people between the age of 50 and 59.

6. Transmogrification: Made popular by Harry Potter books, it has come to symbolize transformation into strange figures.

7. Xeroradiography: It is a type of an X-ray that prints the image on a paper instead of film. 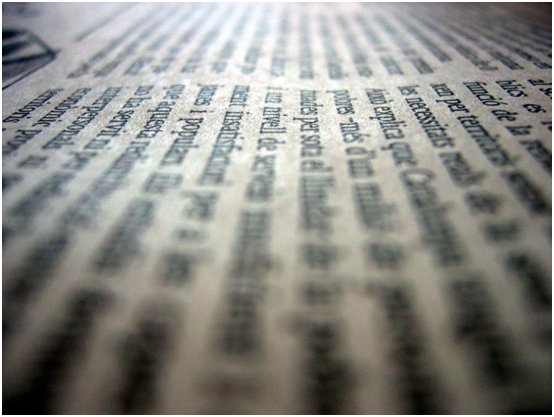 The above interesting words will increase your knowledge about the exotic words in English. In order to be able to pronounce these words perfectly, you can improve your spoken English with the help of an online English trainer.

eAgeTutor.com is a premier online English learning institute. eAge's world class faculty and ace communication experts, from around the globe, help you to improve in an all-round manner. Assignments and tasks based on a well-researched content developed by subject matter and industry experts can certainly fetch the most desired results for improving spoken English skills. In this age of effective and advance communication technology, online spoken English programs are the most effective and convenient way to learn English.

For further information on our online English speaking courses or to experience the wonders of the virtual classroom, fix a demonstration session with our tutor.

1. 10 common mistakes in English.
2. Do you know what words with similar pronunciation but with different meaning/spelling known are as?
3. Use of could, should, would?
4. When to use the articles - a, an, the?
5. Common 'Singular-Plural' Mistakes – Part I