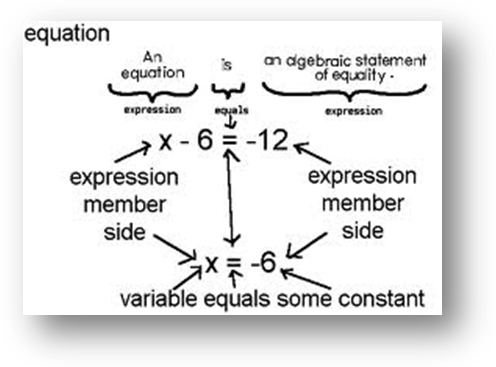 In the equation, x + 3 = 8, x + 3 is L.H.S. and 8 is R.H.S. The literal numbers involved in an equation are called variables or unknowns. Usually the variables are denoted by letters from the later part of the English alphabet, e.g. x, y, z, u, v, w etc.

An equation may contain any number of variables. The equation x2 – x = 5 has only one variable whereas in equation 2x – 3y = 5 there are two variables x and y.

An equation, in which the highest power of the variable is 1or an equation involving only linear polynomials is called a linear equation.
For example, equations 3x – 7 = 5, 3x – 2y = 7 are linear equations.

The equations 2x2 + x = 1, y + 5 = y2 are not linear equations, because the
highest power of the variable in each equation is greater than one.