Why you should focus more on correct English pronunciation, not accent - eAge Tutor

Why you should focus more on correct English pronunciation, not accent

When it comes to learning spoken English, many people often mistake the purpose of the learning. They tend to think that acquiring English speaking skills is about speaking with a British or American accent. They couldn’t be farther from truth. The true purpose should be to learn to speak English correctly, fluently, confidently and in manner that the listener understands the communication without much difficulty.

Too much emphasis is laid on mastering the accent. In fact, there are people who are sufficiently proficient in speaking in English but don’t have the confidence to speak fluently and on a regular basis because they feel their accent is not of ‘international standard’.

Accent is mainly a function of what you hear the most and therefore is very much dependent on the environment and the time you have spent the most  listening to the language. It is perfectly normal for Germans to speak English with a German accent, the Dutch to do so in a Dutch accent and a Gujarati to speak in a ‘Gujju’ accent. Why is the accent of a Britisher from London  likely to  differ from an Englishman from say, Yorkshire. (Just think of accents of the famous cricket commentators David Lloyd and Geoffrey Boycott and compare it to that of David Gower or Mike Atherton, to get an idea of what we are talking about).  Similarly, Americans from New York speak in a very different accent than the Texans or those from the Southern states such as Alabama.

This is not to say that accent is not important at all when speaking English but being accent-neutral has its own advantages, as almost anyone can understand accent-neutral English. However, much more important than accent is the ability to speak in English with the correct pronunciation. 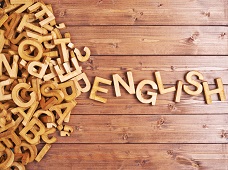 Often accent and pronunciation are misunderstood to be one and the same, which is not the case. Each word in the English language is meant to be pronounced in a certain way. For example, the word “Parliament” is supposed to be pronounced as “par-la-ment” i.e. the “i” is silent or champagne is  pronounced as ‘sham-pain’ and not as ‘cham-pag-ne’. Hopefully, these two simple examples will give you an idea of the importance of correct English pronunciation.

In fact, many competitive English speaking tests such as the IELTS, clearly state that test-takers are not graded for their accent but for the correctness of their English pronunciation. So it is very important for anyone taking the IELTS test to improve their pronunciation and not worry much about their accent.

With some effort, it is easy for anyone keen to improve their English speaking skills to get better at their pronunciation.

As we have mentioned repeatedly through  our series on English communication skills, one of the most effective tactics is to listen a lot to good English, be it through English news on Television (especially channels like BBC), documentaries on National Geographic or Discovery, or even classical English movies where there is a lot more emphasis on the spoken word.

Secondly, every time you come across a word that is new or seems a bit strange, check it up in the dictionary. Good English dictionaries such as the Oxford, Cambridge or Webster, spell out the ideal pronunciation for the words. Many online English dictionaries also have a verbal/audio version of the word to help you understand how to pronounce the word. Doing this will not only help improve your English vocabulary but also your effective communication with the correct pronunciation.

To conclude, don’t be too carried away by trying to copy an American or British accent that you might hear your favorite Hollywood star speak in. Instead, work on mastering your English pronunciation as without that, you will be speaking poor and incorrect English.

ABOUT EAGETUTOR:
eAgeTutor.com is the premier online tutoring provider. eAge's world-class faculty and ace communication experts from around the globe help you to improve English in an all-round manner. Assignments and tasks based on a well-researched content developed by subject matter and industry experts can certainly fetch the most desired results for improving spoken English skills. Overcoming limitations is just a click of the mouse away in this age of effective and advanced communication technology. For further information on the online English-speaking course or to experience the wonders of virtual classroom fix a demonstration session with our tutor. Please visit www.eagetutor.com.