The Kingdom Monera consists of all Prokaryotes, which are unicellular in nature. As the centuries passed by organisms were classified by scientist based on their structures and the Kingdom Monera came into existence.

They all are microscopic organisms with a diameter of 0.1mm which can be seen only through an electron microscope. Monera have primitive structures where the nucleus is incomplete. They are called prokaryotes because they lack nuclear membranes in the body. They are divided into Eubacteria and Archaebacteria. The groups are genetically different from each other as they are from the Eukaryote.

Physically archaebacteria and eubacteria differ as the cell membranes are chemically different. 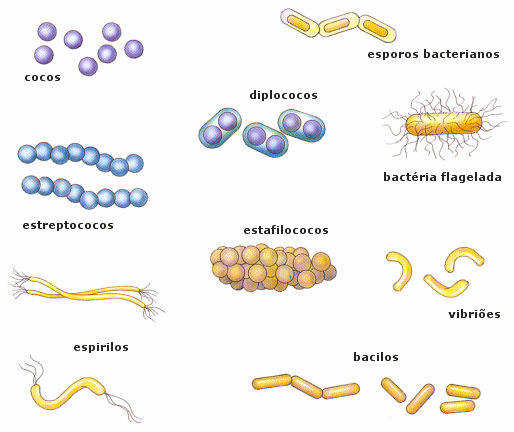 •    Live on the surface of the soils and intestinal tracts of the termites.
•    They are extremely minute organisms.  An example is bacteria. Bacteria can be found in the air, soil, water--everywhere in the environment.
•    We can find more bacterial cells inside your intestine and on your upper layer of the skin than there are cells in your entire body.  You can try to wash but how many ever times you do it’s impossible to clean them all off.
•    They spread several kinds of diseases in human, animals and plants.
•    Bacteria are microscopic, single celled organism with single cellular chromosome within the cytoplasm with no nucleus.
•    The locomotive organ of these organisms is flagella.
•    Nutrition in autotrophs is photosynthetic and chemosynthetic.   In heterotrophs they are parasites saprophytes or mutalistic.
•    Binary fission is generally seen in bacteria. Bacteria need adequate PH solute concentration in its external surroundings for itself to grow. The photoautotrophs fix nitrogen from the atmosphere so that the roots can absorb nitrogen. Saprophytes break live on dead and decaying matter.
•    Circulation of Kingdom Monera is through diffusion.
•    Respiration is generally by obligate aerobes in the presence of oxygen.  Sometimes it can be due to obligate anaerobes, too, without the presence of oxygen.
•    The organisms of the Monera kingdom reproduce asexually by binary fission and sexually by conjugation
•    Some organism in the Monera Kingdom is beneficial as they decompose dead and decaying matter and some are harmful because they spread diseases. Organisms of Kingdom Monera have the simplest structures and are thought to be the first form of life the evolved on Earth.

What is the difference between a prokaryotic and euckaryotic cell?

Want to know more about Monera? Click here to schedule a live help with an eTutor!