Mitosis and its Phases 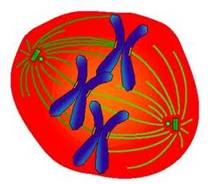 Mitosis is the cell division process by which an eukaryotic cell unwinds the chromosomes present in its cell nucleus into two identical daughter cells. Cytokinesis followed this process immediately; it divides the nucleus, cytoplasm, cell organelles and cell membrane into two daughter cells with almost equal shares of these cellular components. The mitotic (M) phase of the cell cycle has Mitosis and cytokinesis together. The cell division occurs in the mother cell and creates two identical daughter cells are the uniqueness of the mitosis process.  Around 10% of the cell cycle accounts this process.


The process of mitosisis complex and highly regulated. The sequence of events is divided into phases, corresponding to the completion of one set of activities and the start of the next. 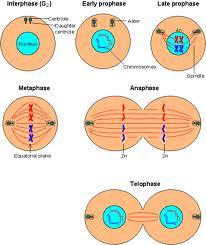 The stages of mitosis are 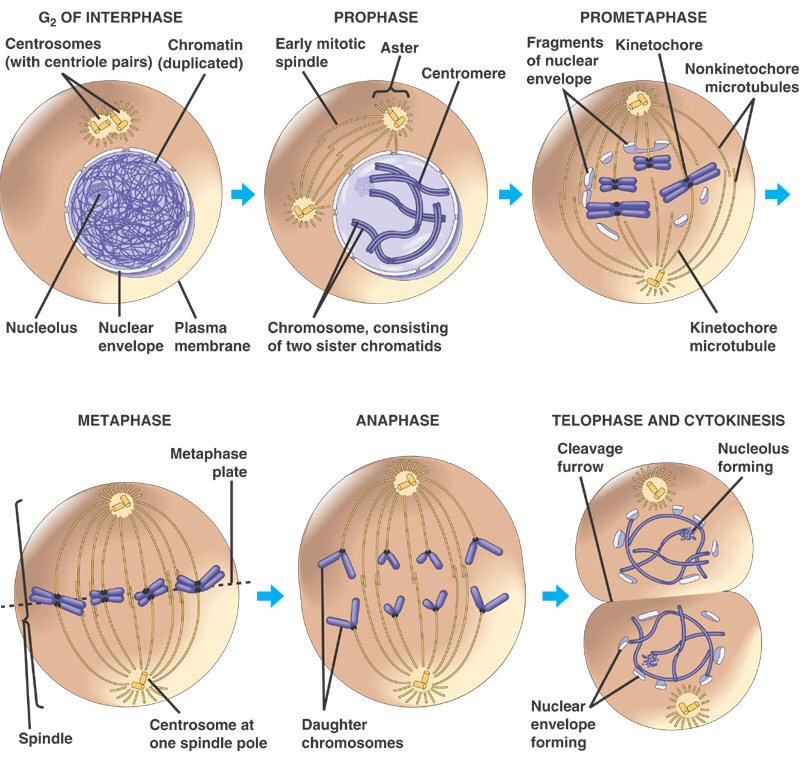 During the mitosis process the chromosome pairs condense and attach to fibers.


This then pull the sister chromatids to opposite poles of the cell.


The cell then divides in cytokinesis and produce two identical daughter cells.


The cell is engaged in metabolic activity to prepare for mitosis. Chromosomes are not clearly visible in the nucleus. But the dark spot nucleolus may be visible.

Chromatin present in the nucleus starts to condense and it can be seen through the light microscope as chromosomes. The nucleolus disappears. It begins to move to opposite poles of the cell and fibers extend from the centromeres.

The nuclear membrane will be dissolved and it indicates the start of prometaphase stage. Kinetochores will be created because of the attachment of proteins to the centromeres. The chromosomes begin its movement when Microtubules attach at the kinetochores.

Spindle fibers align the chromosomes along the middle of the cell nucleus named metaphase plate.

The chromosome pairs separate at the kinetochores and move to opposite sides of the cell.

Chromatids arrive at opposite poles of cell, and new membranes form around the daughter nuclei.

The cell contracts and split into two daughter cells, each with one nucleus.

Want to know more about “Mitosis”? Click here to schedule live help from a certified tutor!