What is non-random meeting?

Normally in human beings people select their life partners based on the traits which can be seen visibly. People value the family, religion, culture and society. It is mostly a non-random selection only. People mate with person with similar traits like color, stature, appearance and the good natured personality. 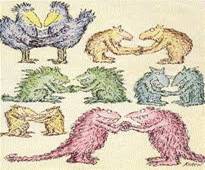 Nonrandom mating occurs when the probability that two individuals in a population will mate is not the same for all possible pairs of individuals.


Even though the farmers are not disturbing the mating pattern of animals artificially, most animals properly select their mate 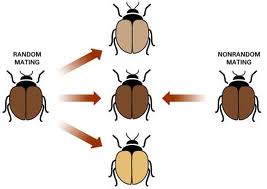 and then only mate with them. They do not prefer random mating. This pattern of selection was noted by Darwin and he explained about this in his book named Descent of Man and Selection in Relation to Sex. He described that mating by selection is a powerful tool of evolution similar in its effect to the natural selection. But all biologists did not accept Darwin’s observation and it was a rejected hypothesis then. But over the years many research proved that Darwin was correct.

Results of random mating would be the principal key to understand the non-random mating. If the gene pool is not disturbed with any of the natural evolutionary process, it won’t get changed and the frequencies will remain same was demonstrated by Hardy Weinberg. 2 alleles (A and a) control the mating pattern and a trait has 9 possible mating patterns in the random mating pattern.

The offspring genotype frequencies with random mating will be 25% homozygous dominant (AA), 25% homozygous recessive (aa), and 50% heterozygous (Aa). If no other evolutionary changes occur this ratio continues for generations.