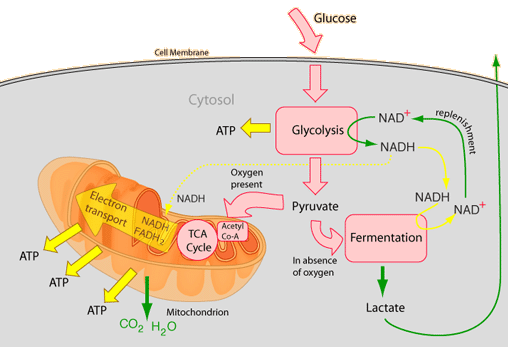 Respiration that involves oxygen is called aerobic respiration. It begins with cytosol but it’s completed in mitochondria. The cytosol is the cytoplasm excluding the cell organelles. The waste products are carbon dioxide and water. About 55% of the energy in a glucose molecule is converted to chemical energy which can be used by the cell. The rest is lost as heat.
Glucose + oxygen -> water + carbon dioxide (+ energy) 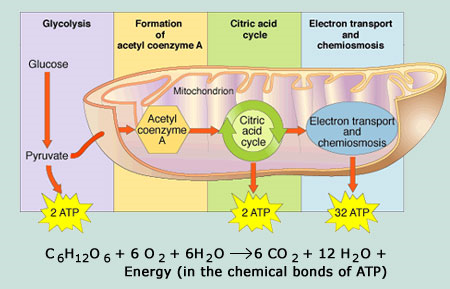 This is the breakdown of the 6 carbon glucose into 3 carbon compounds ( pyruvate).  It does not require oxygen and only release a small amount of energy for the cell. It takes place only in the cytosol of the cell.

Stage 2:
The process requires oxygen and releases a large amount of energy for the cell. When oxygen is present, the pyruvates from stage 1 enter mitochondrion of the cell and are slowly dismantled. To cause the energy to  be released and carbon di oxide and water are waste products. Most organism respires aerobically and so need oxygen- they are called aerobes. 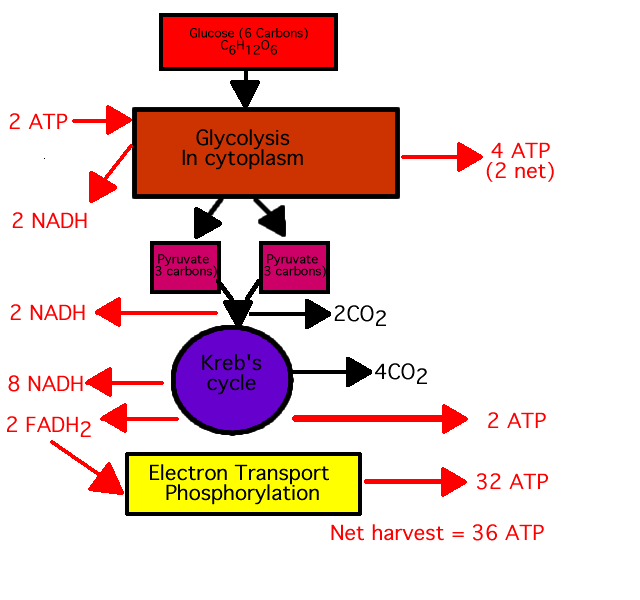 It captures about 3% of the energy in each glucose molecule which is enough for many single celled organisms but it not enough for a large active multicellular organism. During strenuous exercise the muscles may not receive all the oxygen they need each minute. During that time anaerobic respiration can provide extra energy but in the process the lactic acid that forms may cause cramps and the person builds up an oxygen debt. If the person rapidly and deeply breathes, this problem can be rectified.

Advantages of Aerobic and Anaerobic Respiration:

What is the difference between the Aerobic and Anaerobic Respiration?

Want to know more about respiration? Click here to schedule a live help with an eTutor!