WHAT IS A MODIFIER 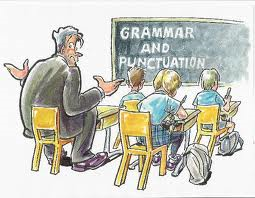 A  Modifier can serve as an adjective, adverb, phrase, or clause in a sentence. The role of the modifier is to give full information and description of the sentence.

A Modifier can work best when placed next to the word it modifies. A misplaced modifier is a word, phrase, or clause that is placed at a different position and thus the word tends to modify the wrong thing. When they are not placed at the right place, the sentence becomes illogical and incorrect. The only way to correct misplaced modifier is to place the modifier at the right place.

The examples of misplaced modifiers are as follows:

• He drinks a hot glass of milk every day.

Here the adjective hot is placed at a wrong place. We can correct the mistake by placing the adjective before the noun it qualifies. Therefore, the correct sentence should be-

• He drinks a glass of hot milk every day.

Sometimes, when an adverb is misplaced in a sentence, it tends to change the entire meaning of the sentence.
For example: We ate the cookies that our friends had gifted us quickly.

In order to create more meaningful sentence, we should place quickly near the word ate. We ate the cookies quickly that our friends had gifted us.

Dangling Modifier is a clause or phrase that is not placed next to the word it modifies. Thus it makes the sentence sound illogical and awkward.  A dangling modifier cannot be moved to a different place to correct the sentence. Mostly, the dangling modifiers are found in the beginning of a sentence.

For example:  The lecturer said on Tuesday he would show the papers.

Did the lecturer say this on Tuesday or did he say that he would show the papers on Tuesday?

Correct sentence 1: The lecturer said that he would show the papers on Tuesday.

Correct sentence 2: On Tuesday the lecturer said he would show the papers.

We can correct squinting modifiers by placing the modifier next to the word it modifies.