There are many words in any language but they have different functions. For example some words express things or actions and words combine to form another word. So these words are building blocks of any language. Just like parts of the house. If we want to build

a house we need to   have bricks, cement with concrete base. We use windows and door to make door ways to combine all of these we use cement and each part has its own function. In the same way when we want to construct a sentence we use different words and each one has gone its own function.

What is a Verb?

A verb is used to describe an action , state or occurrence forming the main part of a predicate o

f a sentence A verb is a doing word. It is the main part of the sentence. Every sentence has a verb. Verbs change to show past or present tense.

Example:
• The dog played with me.
• The dog bites strangers regularly. 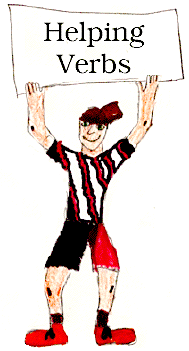 Verbs can be divided into two broad classifications:

They are helping verbs and have no meaning of their own. We usually use them with main verbs. They help the main verb.

These are incomplete without a main verb.

These verbs have a meaning of their own and tell us some thing. 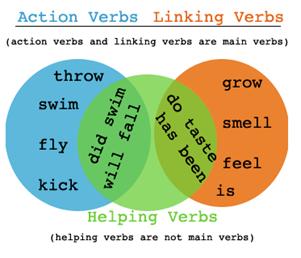 Finite Verbs are the core of an independent sentence. They can be used as the only verb in the sentence.

Example:
• Is he coughing?
• Dia had eaten when Ria came in.

This is a form of verb that does not show distinction in tense and cannot stand alone as the main verb in the sentence.

Example:
• I have never known Jane to be so rude to anyone.
• We don’t want it raining on your birthday.

It is called the Helping Verb as it stands before the main verb and changes the speaker’s perspective towards the action. It tells us when the action takes place. It has several forms like am , is, are, were, will. They can be used in all three tenses.

It takes a direct object. The verb transmits action to an object.

Example:
• He sent the letter.
• She gave the lecture.

This verb does not take an object

Example:
• She eats too much.
• He complains regularly.

An Irregular verb is a verb where ed is not added to the past tense words.

Example:
• She sang yesterday.
• He drank a glass of juice.

It is a multi-word compound which acts as a single verb. It simply means that there is more than one verb in the sentence.

Example:
• She laughed and cried during the film.
• The children ate and played at the day care.

This is nothing but a combination of a preposition & verb, an adverb and a verb or a verb with both prepositions and adverbs. 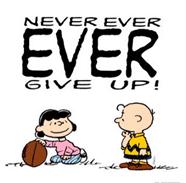 • Don’t answer back to your teacher.
• The meeting was called off because of the strike.

What is the difference between verbs and adverbs?

Want to know more about Verbs? Click here to schedule a live help with an eTutor!