Effect of Artificial Selection on organisms 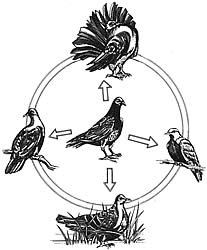 Artificial selection describes the combination of traits produced by human-induced conditions. In contrast to natural selection, in Charles Darwin‘s theory known as “Darwinian fitness”, he explained that the differential reproduction of organisms with certain traits is attributed to improved survival or reproductive ability. 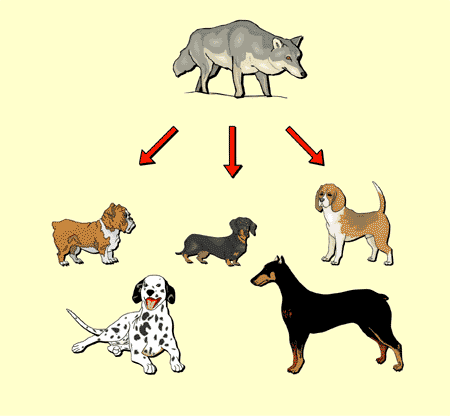 By selective breeding, humans breed from domestic organisms with the most desirable qualities. The result is an increase in the number of organisms possessing such qualities until these alleles come to dominate the gene pool of the population.

Dachshunds and greyhounds both descend from the same ancestral wild dogs, but because of human selective breeding, dachshunds, yielded unusually low and elongated bodies and the greyhounds, the process has yielded unusual swiftness in running.

Mules are the sterile hybrid offspring of a male donkey and a female horse, characterized by long ears and a short mane.  They cannot be bred to produce more mules as they are sterile.

Farmers have cultivated numerous popular crops from the wild mustard, by artificially selecting for certain attributes.  This is just one example of how a “wild” species gave rise to numerous domesticated species. 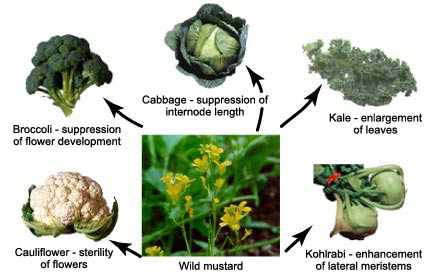 Humans control the organisms to survive and reproduce. Corn disperses its seeds into the surrounding environment to propagate the species. Due to a mutation some plants can’t do so. This mutation always ended that lineage of plants and has a selective advantage.

Genetic diversity in the gene pools of populations that have undergone domestication gets reduced by artificial selection. "weeding out" makes less availability of varieties in the gene pool. Because humans always choose the best varieties and that variety has the pressure for many generations. There won’t’ be new alleles in the population as mutations gets less chance to show result with same populations without any genetic changes.

•    Helps farmers plant and raise crops more efficiently
•    Ensures quality in animals on the market.
•    "Monopoly" in the population appeared because of beneficial traits, such as speed, strength, or resistance to disease.

•    Can be extremely damaging to populations of organisms
•    Resist a variety of diseases and adapt to a variety of environments.
•    populations are vulnerable to damage by minor changes in environmental conditions
•    Wipe out the population entirely.
•    Weaken individual organisms and the entire population.
Want to learn more about ‘artificial selection’? click here to schedule live homework help from a certified tutor!