Introduction
We know the interaction between plants and animals through the food chain and food webs. The 'Food Web' can be divided into three groups:

The three groups of Food web

Decomposers are the organisms that break down dead organisms. It is done naturally by the decomposition process. Decomposers can’t make their own food and depends on other organisms for their nutrients. Organic substrates provide energy, carbon and nutrients for growth and development.

1.    Scavengers- They eat dead plants and dead animals. They break the food into small pieces. Example: Earthworms (break down plants only!) 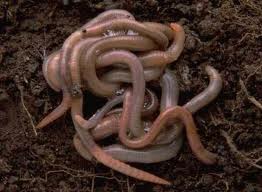 
2.    Decomposers – after the feed of scavengers they finish the dead organisms. Example fungi. Decomposers are not like scavengers. Many we can’t view them with our naked eye. They are microscopic!

The primary and common of decomposers of ecosystems are the fungi, the unicellular organism.  Saprotrophic fungi grow as hyphae – the branching network.

Unlike bacteria, with the help of hyphae fungi can penetrate larger pieces of organic matter.  Also the enzyme lignin present in fungi helps to decompose the organic matters. That’s why fungi act as a primary decomposer in the forest land.

While eating on the dead organism fungi releases an acid to melt the organic material. After this melting gets completed, the fungi will absorb the acid and the melted material together. Fungi use the hyphae not only for reproduction and also to drain the melted material. The hyphae of two different fungi gets closer, they fuse and create new fungi! Then this new fungi once matured can mate with its parents!

Worms are also act as the decomposer and it has many varieties. All varieties are acting as scavengers.  They initiate the infection process by attacking any organism by the removal of its outer coat or skin. Then the other decomposers can easily infect the interior parts of the organism through that damaged outer coat/skin. Certain species of roundworms plays an important role in this process of decomposing the bodies of animals. 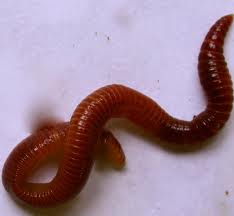 The smallest living organisms but most numerous of decomposers are the Bacteria only! 90% of microbes found in a gram of soil are bacteria. Bacteria can withstand almost any environment.

Want to know more details about bacteria and decomposers? Click here to schedule a live help with an eTutor!