DNA – The Molecule of Life

Genes are the segments of DNA, and it carries the genetic or gene information over generations. Except the genes, the rest of the DNA sequences are involved in many other regulatory processes.

DNA is made up of two nucleotides, with a sugar backbones and phosphate groups joined by ester bonds. These two strands are noted as anti-parallel because both the strands run in opposite directions to each other. There are

4 bases in the DNA. The bases are the molecules attached to sugar backbone to encode information. This encoded information is termed as genetic code which specifies the sequence of the amino acids within proteins.

Within cells, DNA is made of chromosomes inside the cell. During cell division these chromosomes get doubled. And this phenomenon is called as DNA replication. DNA is stored in the nucleus, mitochondria and chloroplast in Eukaryotes. But in prokaryotes it is only stored in the cytoplasm. 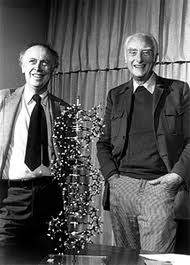 DNA was first discovered by James D. Watson and Francis Crick. They have proved the double helical structure of DNA in all organisms.

In the anti parallel helix DNA has the 5′ and 3′ ends, in which  the 5' end has a terminal phosphate group and 3' end  has a terminal hydroxyl group. Th sugar molecule of DNA is different from that of RNA.  DNA is stabilized by hydrogen bonds and base-stacking interactions. 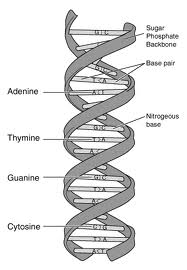 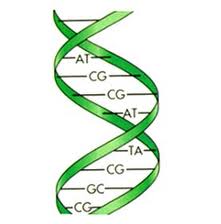 The four bases of DNA 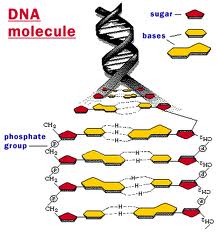 These four bases are attached to the sugar or phosphate to form the complete nucleotide. Adenine and guanine are of purines and the thyamin and cytosin are the pyrimidine bases.