Decimals are an extension of our number system. Decimals can be considered as fractions whose denominators are 10, 100, 1000 etc.
For example, 17.591

Conversion between Decimals and Fractions

In order to convert a decimal into fraction, we use the following steps:

Comparing Decimals – In order to compare decimal numbers, we may follow the following steps: 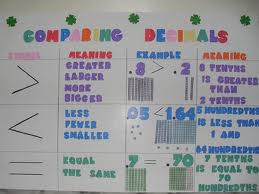