English language is very simple yet complicated at times. The difficulties arise while using subject verb agreement which modifies English as language. Follow these rules to avoid subject verb disagreements. 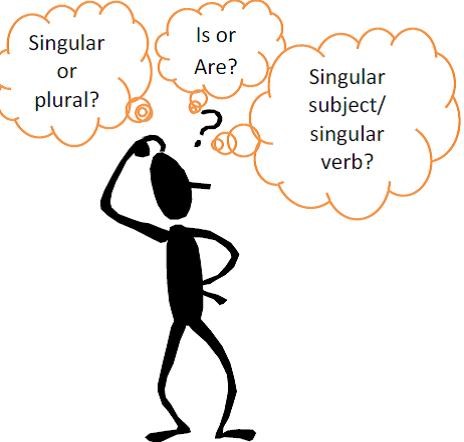 1. When there are two or more subjects in a sentence joined by “and”, then the verb is plural.

- Boys and girls were fighting.

2. When there are two or more subjects in a sentence joined by “and”, referring to the same person or thing, then the verb remains singular.

- Drinking and smoking is strictly not allowed here.

3. The words each, anyone, nobody, somebody, someone, each one, either, neither, everyone, everybody, anybody and no one are singular and require a singular verb.

- Nobody in this room is dancing.
- Everybody is ready to go to see the movie.

- Civics is a boring subject.

- 50 dollars is a huge amount.
- Dollars are highly valued in India. 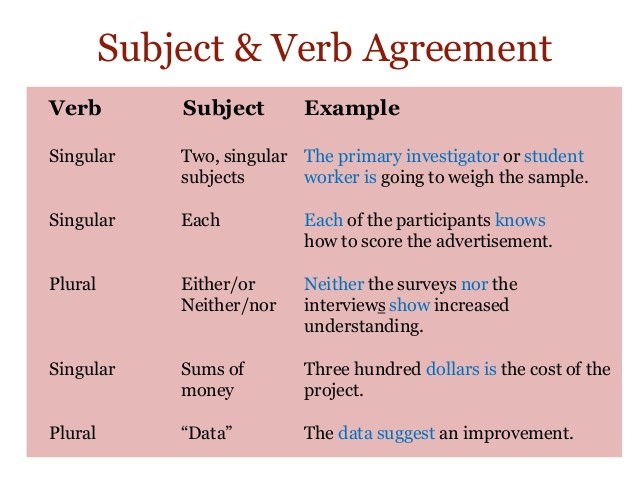 - The team is performing very well since last month.
- My family is going for a vacation.

6. Subjects and verbs must agree in number.

- The dogs bark when they are hungry.
- The dog barks when he is hungry.

- 2 States is a movie which depicts story of Chetan Bhagat’s novel.
- Revolution 2020 is my favourite novel.

- Take this one or that one.
- Either the man or his wife knows the truth of the matter.

9. When a sentence begins with “there is” or “there are” then the subject follows the verb.

- There is only one apple.
- There are many apples.

The above examples will provide you the rules for subject verb agreements. It is important to understand the concept as it helps improve your English and improve your communication skills. By joining an online spoken English course, you can further improve your knowledge of grammar.

1. 5 Benefits of Reading English Books
2. How to Improve Pronunciation?
3. Why is correct ‘Speed’ important in Spoken English?
4. Do you know what are words with similar pronunciation but with different meaning/spelling known as?
5. How to improve English Pronunciation and English Speaking?