Genes are the segments of the DNA and the information carried by DNA is held in the sequence of pieces of genes.  The genetic information transmission in genes is done by the complementary base pairing.

During the transcription process, the cell uses the genomic information.  The sequence of DNA is copied into a complementary RNA sequence. It is done by the attraction maintained between the DNA and the correct RNA nucleotides.

Translation is a process of matching RNA sequences with a protein sequence. But the cell copies its genetic information by DNA replication.

DNA condensation is a process in which the Genomic DNA is tightly and orderly packed. DNA is a long polynucleotide and it must fit into the small cell. It is achieved by the condensation process. 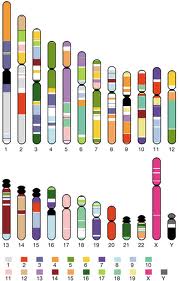 In eukaryotes, DNA present inside the cell nucleus. Small amounts of DNA is in mitochondria and chloroplasts also.

Genome sequence encodes protein. A small amount of gene is also matters in many species, Humans have about 1.5% of protein-coding exons, and over 50% of human DNA consisting of non-coding repetitive sequences.

Eukaryotic long DNA with many non-coding repetitive sequences makes a difference in genome size. It is the C value and it is still a wonder to people.

DNA sequences not coding any protein may encode functional non-coding RNA molecules. These RNA molecules are involved in the regulation of gene expression.

The non-coding sequences are very important for the chromosome structure.  The stability of the chromosome is influenced by the few genes present in the telomeres and centromeres.

A vast number of non-coding genes are called as pseudogenes in humans. These pseudogenes are the copies of genes nut became non-functional because of mutation.