Macroevolution is the evolution above the level of species. Instead of concentrating on species, the macro evolutionary lens looks at species diversity—the emergence of different types of organism species rather than change within a species. It explains “on a grand scale”—on the over -arching history of life like stability, change, lineages arising, and ext 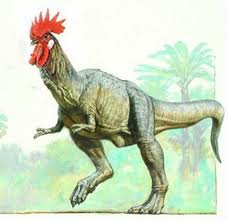 It is one of the vital trends and transformations in evolution, such as the origin of mammals and the radiation of flowering plants. We can see the Macro evolutionary patterns in the large-scale history of life.

In the "modern synthesis" of neo-Darwinism, which developed in the period from 1930 to 1950 with the reconciliation of evolution by natural selection and modern genetics, macroevolution is thought to be the combined effects of microevolutionary processes.

We need to reconstruct the history of life using all available evidence like  geology, fossils, and living organisms. Once we are sure of the events that have taken place, we need to find out reason behind the evolutionary changes like mutation, migration, variation, natural selection, genetic drift, and genetic recombination which can help explain the changes of life in the large scale in the life history.

A process like mutation might seem too small-scale to influence a pattern as amazing as the beetle radiation, or as large as the difference between dogs and pine trees, but it’s not. Life on Earth has been accumulating mutations and passing them through the filter of natural selection for 3.8 billion years—more than enough time for evolutionary processes to produce its grand history.


Methodologies
Macro evolutionary study has benefited from a steady infusion of quantitative methods from many other fields, from bootstrapping and time-series statistics to the scaling up of survivorship and rarefaction analysis, as well as the generation of novel approaches to morphometrics, phylogenetics and sampling theory.


Prospects and Needs
To strengthen interchange with other branches of paleontology -- systematics, biostratigraphy and paleoecology, macrobiology is very important.

The 6 important patterns of macroevolution are:


1.    Mass Extinction - over 99% of the species that have ever lived on Earth have gone extinct.

Want to know more details about the patterns of Macro evolution? Click here to schedule a live help with an eTutor!