The equilibria involving ions are called ionic equilibrium. When common salt or sodium chloride is dissolved in water, it can conduct electricity! Conductance of electricity increases with increasing concentration of common salt. On the basis of conductance of their solutions substance were classified by Faraday as electrolytes and non-electrolytes.

The fraction of total number of molecules that dissociate into ions is called its degree of dissociation or degree of ionisation and generally denoted by α. 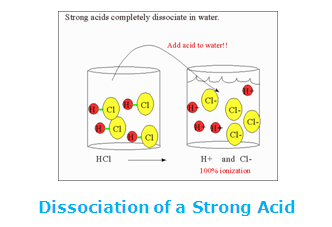 A weak electrolyte is a substance that dissociates to a small extent in aqueous solution and hence conducts electricity to a little extent. NH4Cl and CH3COOH are the examples of weak electrolyte.

In general, ionisation of a weak electrolyte, AB is represented as follows

Ionisation of Weak Acids and Bases

Ionisation of a weak acid HA can be represented as

Ionisation of a weak base BOH can be represented as

Protic Acids and its Types

Protic acids
Acids having ionisable hydrogen are known as protic acids.
Protic acids can be classified as monoprotic, and polyprotic acids

For example the dibasic acid H2X may ionise in two steps as follows: 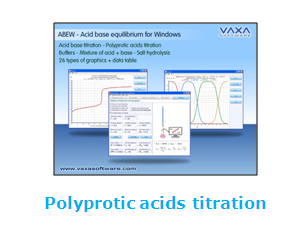 How does dissociation affect ionic equilibrium in solution?

Try to answer. Still need help? Want to know more about it? Click here to schedule live help from a certified tutor!


Contact us today to learn more about our guaranteed results and discuss how we can help make the dreams of the student in your life come true!