in is called the father of evolution. Darwin understood the theory of evolution along with other scientists. Darwin was a respected scientist.  He found out about the theory of evolution and wrote it in his book On The Origin of Species. Today science supports that what he wrote was true. His theory stated that diverse animals evolve from ancestors and evolutionary mechanism takes place by natural selection of species. His theories are called Darwinism, and it is classified in five groups   "evolution as such", common descent, gradualism, population speciation, and natural selection.

Charles Darwin and his famous Travel

During his study he traveled in the ship called the HMS Beagle from 1831- 1836. He studied evolution in Galapagos Island. While in the islands, he researched various finches whose beaks were all highly adapted to their particular lifestyles. He hypothesized that some process had lead to such diversity and adaptation, and he was trying to find out the reasons behind it.

Survival of the fittest:

He explained the phenomenon of natural selection in various examples. He suggested that 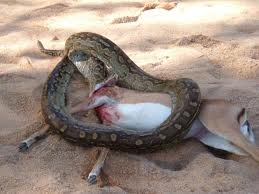 Darwin explained the mechanism of evolution but could not explain anything about the origin of life.

Darwinism is not a simple theory which is either true or false but is rather a complex research program that is being continuously modified and improved.


Want to know more about evolution and Darwin? Click here to schedule a live help with an eTutor!